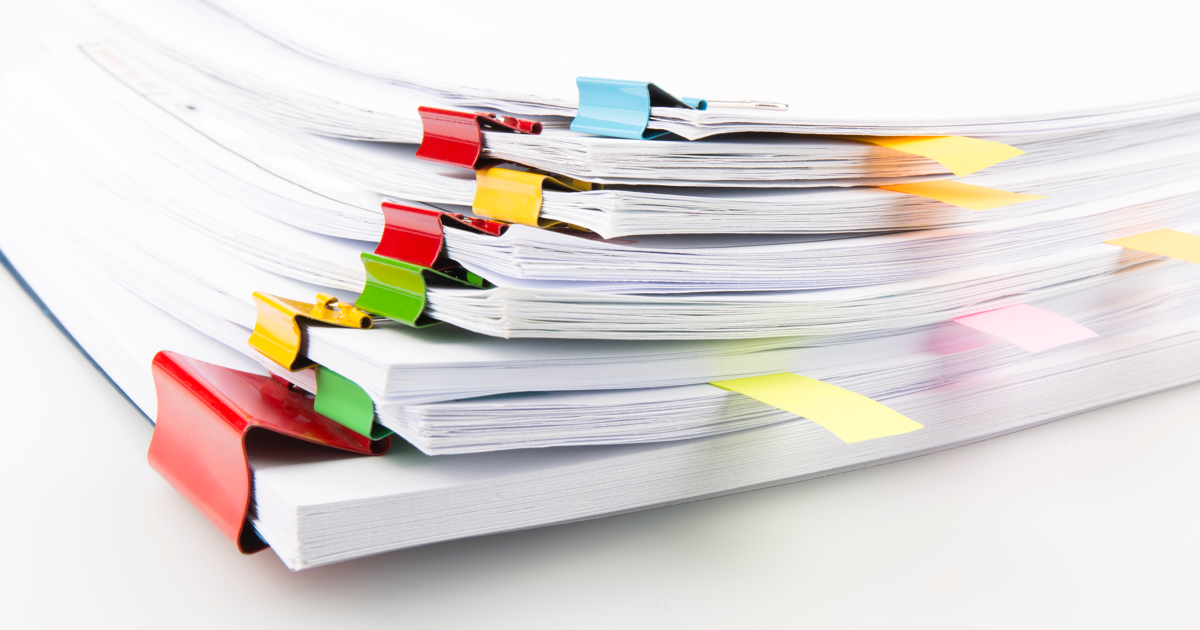 Both the Internal Revenue Service (IRS) and Department of Labor (DOL) have rules that provide some basic guidance on record retention. Both agencies impose these requirements directly on plan sponsors; so even though service providers may store certain records as a convenience, sponsors remain legally obligated to hold on to all relevant records.

Anyone who has been through an IRS audit of their 401(k) plan can confirm that the information requested is quite extensive and covers the entire range of plan operations from plan document maintenance to properly enrolling new participants to withholding the appropriate taxes from distributions.

ERISA also includes provisions that focus on record retention. One such provision requires that anyone filing an employee benefit plan report such as Form 5500 must maintain sufficient records to support all information included on the report for at least 6 years from the date the report is filed. Using the same assumptions described above, records to support all data on the 2011 Form 5500 must be retained until October 15, 2018 - 7 years and 9 ½ months from the start of the 2011 plan year.

Another provision imposes an additional obligation to maintain all records necessary to determine benefits that are or may become due to each employee. In 1980, the DOL issued proposed regulations interpreting this section to mean that records must be retained “as long as a possibility exists that they might be relevant to a determination of the benefit entitlements of a participant or beneficiary.”

Other Reasons to Maintain Thorough Records

The length of time records might be relevant to determine benefits can vary considerably. For example, employers are required to file Form 8955-SSA with the IRS each year to report former participants with balances remaining in the plan. The information is provided to the Social Security Administration, which in turn, notifies retirees of the benefits.

While the form does allow employers to “un-report” these participants once they take distributions, it is somewhat common practice to only add newly terminated employees without ever removing those who have received their benefits. Without clear records showing the participant already received his or her plan benefits, it can be quite difficult to convince a now-retired, former employee (possibly from several decades ago) that the letter s/he received from the government is incorrect. The matter can be further complicated when it involves the beneficiary of a deceased former employee.

The need to reference historical records to determine benefits can be triggered by issues extraneous to the plan. Employment disputes are a prime example. The infamous court case involving Microsoft’s misclassification of employees as independent contractors arose from a 1989/90 IRS payroll-tax audit of the company. Once it was determined these workers were employees, the question of entitlement to benefits quickly followed. It was not until 1999 that the Ninth Circuit Court of Appeals settled the dispute and awarded back benefits to the misclassified workers. This case illustrates how a payroll-tax issue expanded to require a review of records more than 10 years old to determine benefits.

Physical storage space can be expensive; so many plan sponsors have turned to electronic storage for some or all of their plan records. While there are no absolute restrictions on maintaining electronic records, there are some practicalities to consider.

Records must be easily accessible. Unreasonable delays in retrieving information can provoke an already disgruntled former employee to take the next step and call their attorney. If the dispute is already being litigated, delays can have a negative impact on the proceedings. In addition, records that include distinguishing marks such as a notary seal must generally be kept in hard copy form unless the electronic media can clearly reproduce the mark.

Security is also very important. Plan records include everything an identity thief needs; therefore, electronic storage must be secure.

Storage media have changed significantly in only the last 15 years (from magnetic tape to the thumb drive to the cloud), and data encryption has also advanced at lightning speed. Just because plan records are securely backed-up using the “current” technology does not mean out-of-sight-out-of-mind. As there are advancements in technology, record retention policies should provide for the occasional migration to more current systems to preserve the integrity and security of the data.

For more information on fiduciary duties and due diligence, visit our Knowledge Center here.