Plan sponsors have the option to allow participants to access their accounts while still employed via a plan loan or an in-service distribution. However, some companies prefer to limit that access so that accounts remain in the retirement plan to be used as intended—at retirement. A hardship distribution can be a compromise between the two, allowing participants access to their accounts only in times of financial hardship.

What is a hardship withdrawal?

The hardship withdrawal provision is an optional feature that can be included in a retirement plan to allow participants to access all or a portion of their account to satisfy an “immediate and heavy financial need.” There are several criteria that are used to determine whether the financial hardship is sufficient to qualify for a withdrawal using this feature.

You said it is an optional provision. Does that mean we can allow hardship withdrawals “on the fly”?

No. In order for a plan to grant hardship distributions, the plan document must specifically include the feature and spell out the parameters that apply.

What types of situations qualify for a hardship distribution?

There are six of them. They are payment of …

Usually medical expenses must exceed a certain percentage of a person’s income before they are deductible; however, that percentage requirement is ignored for this purpose. Also, medical expenses incurred by a participant’s spouse and dependents qualify as a financial hardship.

It is important to note that if the expense is subject to reimbursement by an insurance company at a later date, it does not qualify as a hardship even if the participant is required to make payment up front and await reimbursement.

This must be the participant’s primary home; it cannot be a vacation home. The hardship withdrawal is not restricted to the purchase price and can include other items that are directly tied to the transaction such as closing costs. In addition, if a participant will immediately build a house, a hardship withdrawal can be taken for the purchase of the land on which the house will be built.

This includes tuition, related educational fees, and room and board for the participant, spouse, and/or other dependent.

Generally speaking, the participant must have received notice of a pending eviction or foreclosure in order to qualify under this criterion. Simply being a week behind on rent or wanting to avoid a late payment fee from the mortgage company is not sufficient.

These expenses are similar to medical expenses in a couple of ways. One is the income percentage for tax-deductibility is ignored, and the other is that expenses subject to reimbursement by insurance do not qualify.

It is also important to note that the expenses must be due to casualty loss. For example, if a participant must replace his or her roof because a tree fell on it during a storm, that is a casualty loss and would potentially qualify. On the other hand, if the roof has to be replaced simply because it’s old and worn out, that would not qualify.

The IRS did clarify that the intent is to make expenses related to certain disasters (e.g. hurricanes, floods, wildfires, etc.) safe harbor items, thereby eliminating any delays waiting for the official announcement declaring the emergency – which we all know is not as quick a process as we might prefer. Again, the common theme throughout the regulations is easy access to retirement funds in a time of true financial need. One point worth noting, however, is that unlike previous disaster relief, these new regulations do not allow hardship distributions as a result of a participant’s relatives or dependents incurring disaster-related expenses.  It is now limited only those expenses incurred by a participant who either lives or works in the disaster area.

A plan can, but is not required to, expand the definition of hardship to include any of the above situations that are incurred by a participant’s designated primary beneficiary.

Now that we have covered the reasons, how is the amount determined?

The maximum amount of the hardship distribution is basically the actual amount of the applicable expense minus whatever amounts a participant can access from sources outside the plan. That means a participant is generally required to first exhaust any savings accounts, outside investment accounts, credit card cash advances, loans, etc. that are available to him or her. However, this does not include taking a loan from the retirement plan to the extent loans are permitted. Any qualified expenses that remain are eligible for hardship.

Obviously, a participant cannot withdraw more than he or she has available in the plan. We will touch on that in a little more detail later in this FAQ.

What happens if using up all of those other resources only makes the financial hardship worse?

There is an exception for this type of situation, but it should be applied with caution. One of the most clear-cut examples where this would come into play is with the purchase of a primary residence. Draining all savings and maxing out cash advances from credit cards would likely cause the mortgage company to reconsider. As a result, the participant would only be required to use other resources to the extent it would not jeopardize his or her ability to obtain the mortgage.

If using other resources is just inconvenient or carries a fee, that is not enough to get out of it.

Yes, the participant must claim the hardship distribution amount as income on his or her individual tax return. In addition, the amount of the withdrawal is subject to an early withdrawal penalty equal to 10% if the participant is under the age of 59 ½.

Hardship withdrawals are not eligible to be rolled over to an IRA or other plan, so they are subject to a voluntary tax withholding at the time of distribution. The default withholding rate is 10%, but the participant can elect to increase or decrease it, or waive it altogether.

It seems like the tax ramifications might add to the hardship. Can a participant increase the amount of the distribution to cover the expected tax burden?

Yes, any reasonably anticipated federal, state, or local tax that will be payable by the participant as a result of the hardship withdrawal can be added to the amount request. In addition, the participant can add any distribution fees that might be charged by the plan’s recordkeeper keeper or other service provider for processing the request.

Who verifies all of this? I don’t really want to get involved in all of those personal details for my participants.

There are two elements of a hardship distribution – the reason and the amount. Plan sponsors do have an obligation to obtain documentation that supports the reason for the request. More on that later.

As for the amount, there are also two elements to be considered. One is the “principal” amount of the request and the other is the ancillary stuff (taxes, fees, other resources, etc.). Plan sponsors should obtain some basic documentation that supports the principal amount requested; however, they can rely on statements from the participant on the amount needed to gross-up for taxes and fees as well as the availability (or lack, thereof) of outside resources.

In other words, sponsors do not have to undertake a financial investigation of the participant. There is one important exception. If the sponsor knows (or reasonably should know) that a participant is being less than completely truthful about his or her financial situation, the sponsor cannot turn a blind eye and should request more documentation. An example of this might be a request to cover medical expenses that the sponsor knows are covered by the company-provided medical plan.

What sort of documentation is required to substantiate the reason and principal amount?

Back in 2015, the IRS provided informal guidance indicating that plan sponsors are required to obtain and keep the following items to document hardship distributions:

That guidance indicated that either paper or electronic format is acceptable but that it is not enough for participants to self-certify.

Then, in October 2019, the IRS clarified its audit process for hardship distributions with the introduction of the Summary Substantiation Method. In order for a plan sponsor to satisfy the requirements, participants must self-certify their immediate and heavy financial need through the consistent and proper completion of the IRS self certification form.

Per this process, an IRS agent - and not the plan sponsor - will request any additional information and/or documentation needed in the event the self certification is incomplete or the participant has received more than two hardships during the same plan year (without adequate explanation).

Are there any limits on which plan accounts are available for hardship distribution?

The IRS issued new regulations in 2019 that eliminated most of the restrictions that were previously in place.  That means that all money sources are generally available for hardship distributions; however, each plan sponsor can further restrict availability ion its plan document as it deems appropriate.

There is one key exception.  Any investment gains on 403(b) deferrals are not available – the deferral basis (the amount actually contributed) is available, just not any investment gains on those amounts.  This rule used to apply to 401(k) plans also but was eliminated by the 2019 regulations, so it appears that the continued application to 403(b) plans is more of an oversight than anything intentional.

Other than that, a plan can permit hardship withdrawals from any contribution source in the plan, but it is not uncommon for sponsors to limit hardships only to deferral accounts and/or other accounts in which the participant is fully vested.

Can a participant keep making/receiving plan contributions after taking a hardship withdrawal?

Yes.  Previous rules required participants to suspend their contributions for six months following a hardship withdrawal, but that requirement was eliminated by the 2019 regulations. 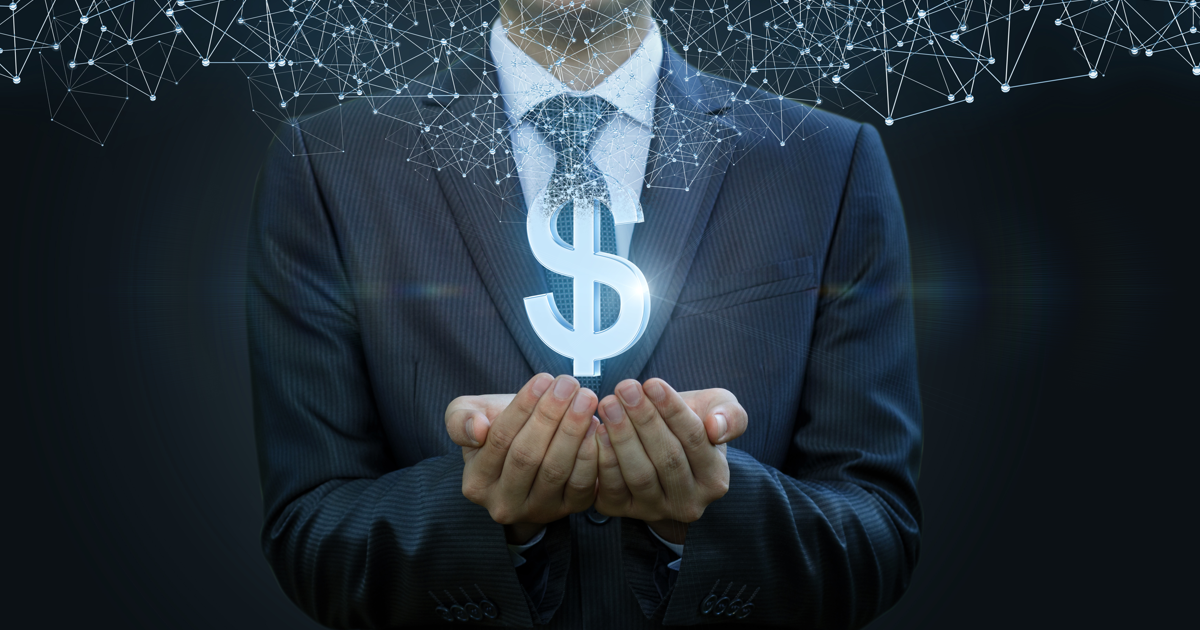 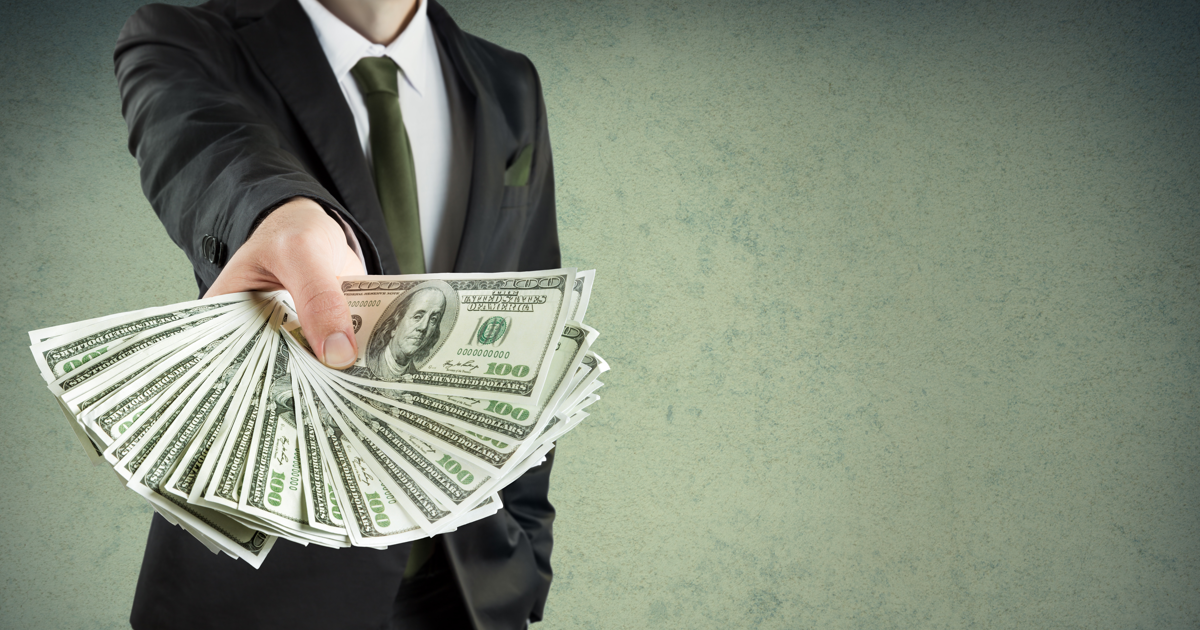