Don’t Let the QDRO Be Worse Than the Marriage

Very few employers have any desire to get caught in the middle of the divorce proceedings of their employees; however, when company retirement benefits become part of the negotiations, unsuspecting employers can be pulled into the fray.

One of the foundational rules for qualified retirement plans is that participants’ benefits cannot be pledged as collateral or assigned to another party. Conditioning the plan’s tax-favored status on this prohibition helps to protect participant benefits; however, there are a small number of exceptions to this rule. One such exception is that benefits can be included in marital property and assigned to a former spouse as part of domestic relations proceeding.

This is accomplished via a Qualified Domestic Relations Order (QDRO).

What Is a QDRO?

As the name suggests, a QDRO is a court order issued pursuant to state domestic relations laws (Domestic Relations Order or DRO) that is used to assign company provided benefits to an alternate payee, typically as part of divorce or marital separation proceedings. Although the rules governing QDROs are relatively straight forward, many divorce attorneys tasked with drafting them are unfamiliar with the nuances of qualified retirement plans. That can make an otherwise simple situation very complicated very quickly…and when dealing with the emotionally charged setting of a divorce, complication can lead to unpleasantness.

There are several key elements that must be included in a domestic relations order for it to be considered a QDRO.

Identification of the Parties

There are three key parties that the order must clearly identify:

This requirement is usually easily satisfied, but it should not be taken for granted. Consider a couple of examples. An order that identifies the plan somewhat generically as ABC Company’s retirement plan may be sufficient if ABC Company only sponsors a single plan. However, if ABC has both a 401(k) plan and a cash balance plan, the order would be too vague without specifically identifying the plan to which it referred.

Data privacy concerns have led many to discontinue including social security numbers in QDROs as a means of identifying the participant and alternate payee, so there must be sufficient information included to ensure proper identification of all parties. This may be an easy task in most cases, but further detail may be needed if a participant’s name is John Smith.

The order must clearly articulate the benefit to be assigned to the alternate payee. The order could use a flat dollar amount or a formula. Here are two examples:

These two may be combined to ensure a minimum or maximum level of benefits, e.g. 50% of the vested account balance as of January 1, 2019 subject to a minimum amount of $50,000, adjusted for gains or losses.

We cannot over-emphasize the importance of considering investment performance if there is a lag between the determination date (January 1, 2019 in the above example) and the date the benefits are actually set aside for the alternate payee. It might seem like a no-brainer to make that adjustment, but if the order does not specifically call for it, it should not be done. The federal courts have consistently ruled that the words on the page should be followed literally.

Purpose and Direction of Payment

A QDRO must provide child support, alimony, or other marital property rights. Although the alternate payee is typically a spouse, former spouse, child or other dependent, benefits can be payable to another entity for the benefit of one of these parties. For example, the order may direct payment to a state department of family services to provide benefits for a participant’s child.

Just as some items are required, other provisions will disqualify an order.

An order is not permitted to provide a type or a form of benefit that the plan does not otherwise provide. For example, if a plan does not allow distribution in the form of an annuity, a DRO related to that plan cannot be qualified if it requires an annuity payment.

An order cannot provide benefits greater than the benefits available to the participant without the QDRO. For example, if a participant’s account balance is $45,000, a DRO assigning benefits of $50,000 cannot be qualified. That is why many orders describe the amount payable as a percentage of the participant’s benefits rather than as a flat dollar amount.

In the event a previous QDRO has assigned benefits to an alternate payee, a subsequent DRO cannot assign those same benefits to a different alternate payee. During 2010, the Department of Labor (DOL) published new regulations clarifying this issue. The regulations specify that receipt of a DRO after an event such as a death or divorce or after receipt of another QDRO does not necessarily mean there is a conflict. Rather, the substance of the order(s) must be considered. If a participant who is already subject to one QDRO becomes subject to another, there is no conflict as long as the subsequent order does not attempt to assign the same benefits addressed in the first order.

All plans are required to have procedures that describe how DROs will be processed and reviewed to determine their qualified status. Among other things, the procedure should specify the timing within which the review will take place and outline the flow of communication among the parties.

On receipt of an order, the plan sponsor should take immediate steps to freeze loans and distributions of the participant’s benefits during the review period. The freeze should generally remain in effect until the earlier of…

Review the Order to Determine Whether It is Qualified

Someone must review the DRO against the requirements described above to determine whether or not it is qualified. Although the ultimate determination is a fiduciary act that often requires plan sponsor signature, many sponsors seek assistance from their TPA or attorney when it comes to confirming the finer points.

A QDRO is not the same as an actual request for payment, rather it sets aside benefits for another person. So once the DRO has been qualified, the next step is to segregate the amount of the order into a separate plan account for the alternate payee. If the alternate payee does concurrently request a distribution, this step is often skipped and the distribution paid directly from the participant’s account.

Pay the Distribution to the Alternate Payee

Although this step frequently occurs at the same or immediately following the account segregation, it is important for the plan to follow the normal distribution process. In other words, the alternate payee must be provided the necessary disclosures and then must submit the regular distribution request forms.

While the rules described in this article are not necessarily complicated, the facts and circumstances of each situation bring unique details to be considered. As a result, each proposed QDRO should be reviewed carefully. Whether it is identification of the plan from which benefits will be paid or the calculation of the benefit itself or anything in between, any confusion should be clarified with the attorneys representing the parties.

It may be tempting to make assumptions in the interest of expediting the process or trying to be helpful; however, if those assumptions are incorrect and lead to improper payment of benefits, the plan sponsor may be held liable to make the parties whole. Although divorcing spouses are typically on opposite sides of the negotiation, they can unite very quickly against an employer who has incorrectly processed a QDRO.

As the saying goes, death and taxes are both unavoidable, and the same is true with QDROs.

When an ex-spouse receives distribution of plan benefits pursuant to a QDRO, he or she is responsible to pay the associated income tax. While this may seem obvious, both parties do not always understand that fact. Sometimes, however, the parties do understand and try to renegotiate the tax liability.

There was a Tax Court case in 1996 that dealt with this very issue. The QDRO in that case was written to shift the tax liability from the alternate payee (the ex-spouse) to the participant. The Court saw it differently and held that the terms of a QDRO cannot override federal tax law and required the ex-spouse to pay the associated taxes. As a result, if the goal is to minimize the tax impact on the alternate payee, it should be done by adjusting the principal amount of the award.

Distributions made pursuant to QDROs are generally taxed in the same manner as any other “typical” plan distribution. One key difference is that a cash-out distribution from a QDRO is not subject to the 10% early withdrawal penalty.

If an alternate payee wishes to defer the tax, he or she can also roll over the benefit into an IRA or another qualified plan.

The potential for QDRO-related confusion does not always stop when payment has been made. It is not uncommon for a participant to assume that a QDRO officially concludes any right that his or her former spouse may have to retirement benefits. However, an ex-spouse may be listed as the participant’s beneficiary. The federal courts see a number of cases each year involving “unintended” payment of death benefits. The typical scenario goes something like this....

Since a beneficiary designation is considered a plan document, the sponsor follows the form on file and pays all remaining retirement benefits to the now-former second spouse. The children from the first marriage file suit, naming the second spouse and the plan sponsor.

While the facts of each case are unique, the plan sponsor in this fact pattern is generally correct in paying benefits to the person named on the most recent beneficiary designation form. The participant’s will may determine how assets outside the plan are paid, but it has no bearing on the payment of plan benefits. As a result, it is recommended as part of the QDRO procedure that plan sponsors remind participants to update their beneficiary designations.

Divorces can be messy, and financial negotiations can make an already heated situation reach a boiling point. Understanding the rules of engagement and clearly documenting procedures can keep the plan sponsor’s role to one of “just business” and minimize the liability associated with being pulled into the middle of an emotionally charged situation. 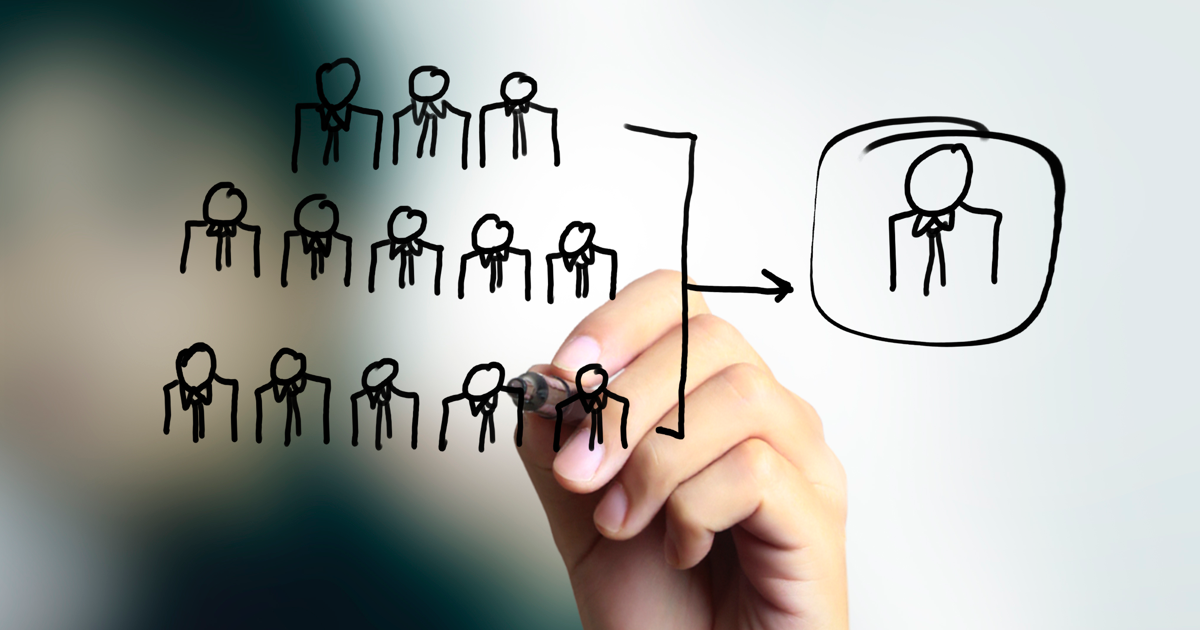 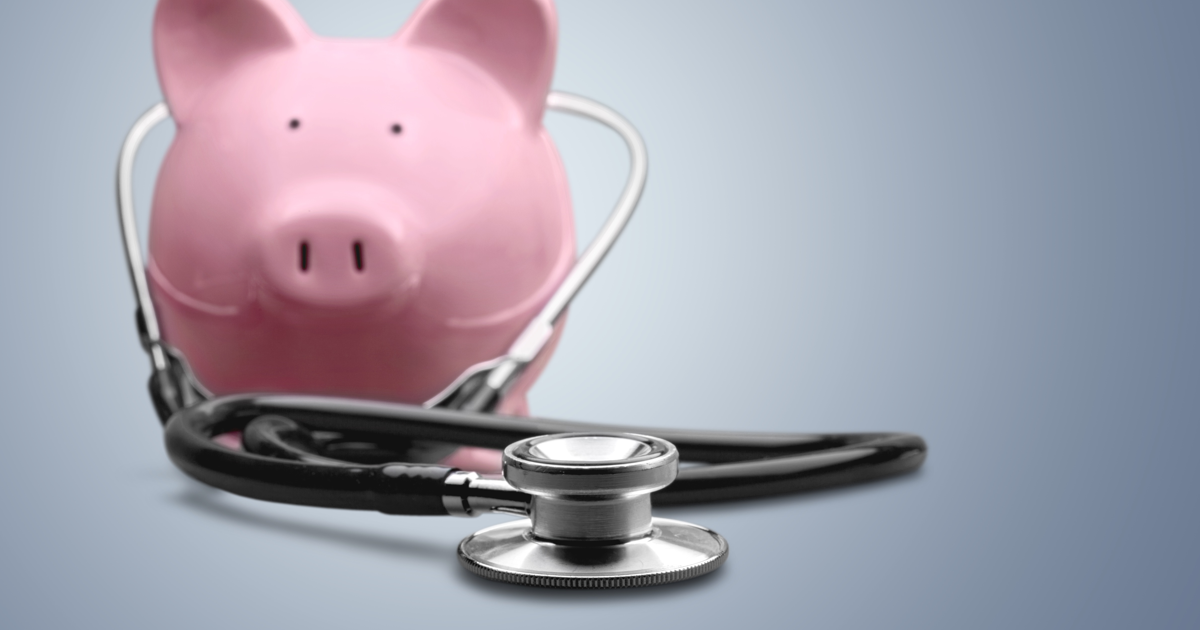