Who Are Highly Compensated & Key Employees? 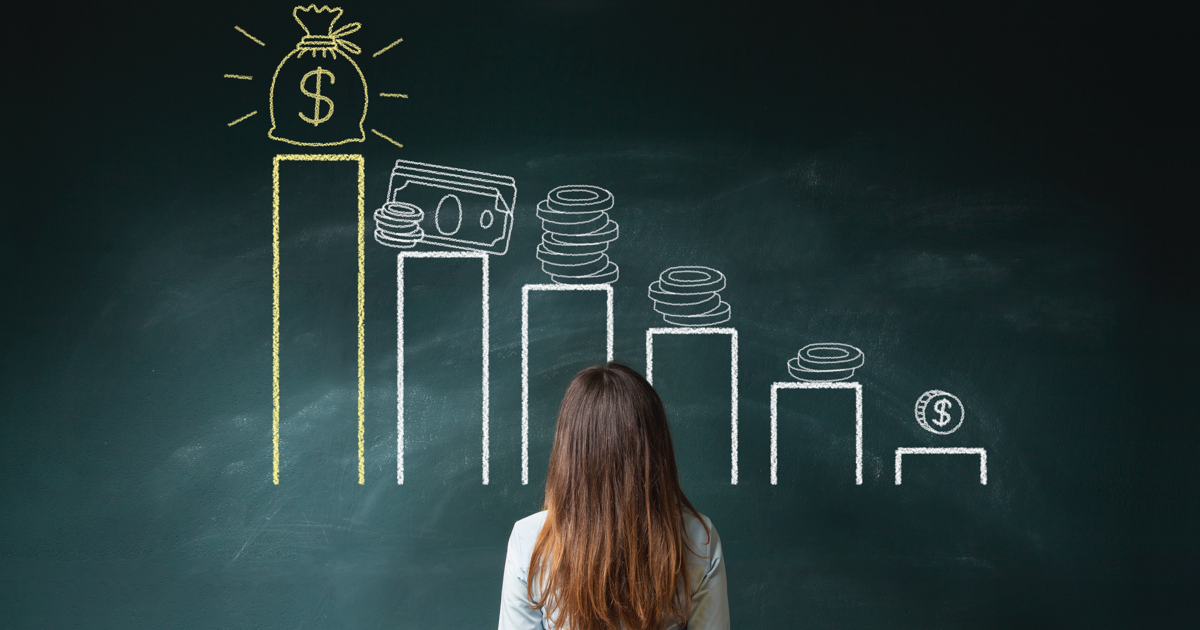 Retirement plans are required to satisfy a series of nondiscrimination tests that are designed to ensure that benefits are provided proportionately to a broad-based group of employees and not just to the sponsoring company’s so-called highly compensated employees and/or key employees. That means one of the first steps in designing a plan and verifying that these tests pass is to identify which employees fall into these two groups.

An HCE is any employee who meets either an ownership test or a compensation test at any time during the plan year in question or in the immediately preceding plan year.

Oftentimes, someone who is an HCE is also a key employee, but there are some important differences. A key employee is anyone who satisfies any of the following tests at any time during the plan year in question:

Any employee who does not meet one of these tests is a non-highly compensated employee; however, anyone who used to be a key employee but isn’t any longer is a former key employee.

For conversational purposes, the above is generally sufficient. But wait! There’s more...so much more. Since we are talking about governmentally-created rules and regulations, it just can’t be as easy as stopping here. There are plenty of nuances and exceptions, several of which we will attempt to explain below. If you are curious or are having trouble sleeping, read on.

Before diving headlong down this rabbit hole, it is worth noting a couple of items. First is that there is no compensation threshold to be an HCE or key employee under the 5% ownership test. That means someone who owns more than 5% of the company is an HCE or key even if he or she draws only a nominal salary. Second, once someone reduces his or her ownership below 5% or divests it completely, he or she continues to be a key employee through the end of the year and an HCE through the end of the following year, assuming a continued relationship with the company.

These details make it important to consider how company reorganizations and succession plans may impact the design of the retirement plan. With some advance notice, we can run projections and usually modify the plan design to minimize or eliminate any unintended consequences.

Nope.  Not even the term "ownership" can be taken at face value, and it depends on the type of entity in question.

In addition to the above, an individual who has an option to acquire stock is treated as owning that stock (even he or she has not yet exercised the option) for purposes of determining ownership and, therefore, HCE status.

Pretty much any time we discuss ownership in the context of retirement plans, we must keep in mind the concept of ownership attribution. The attribution rules require that one person’s or company’s direct ownership must sometimes be attributed to another person or company. One of the more common forms of attribution is among family members. For instance, if an individual owns 100% of a company, his or her spouse, children, grandparents, and parents are all attributed that ownership and are also deemed to own 100% of the company.

Example: Fred and Wilma are married, and they have a daughter – Pebbles. Wilma owns 75% of Bedrock, Inc. Because of the attribution rules, both Fred and Pebbles are attributed Wilma’s ownership so that all three are treated as 75% owners of the company even though Wilma is the only one with direct ownership.

The attribution rules most frequently come into play when a relative of an owner comes to work for the company. A common scenario is an owner’s child joining the company during school breaks or after graduation. Because of the attribution rules, that child is treated as an owner and is, therefore, both HCE and key at the moment of employment.

If he or she becomes eligible for the plan and makes significant contributions (sometimes at the encouragement of a parent who says “I will pay you X amount if you defer at least half of it into the retirement plan”), it can be a detriment on the nondiscrimination testing results. This impact is dependent on the plan design, and again, with some advance planning, it is usually possible for us to recommend design changes that prevent problems before they arise.

We have prepared an entire FAQ on the attribution rules here.

When determining HCE and key status, ownership in a company related to the company sponsoring the plan is also considered. Companies may be related through either a controlled group or an affiliated service group relationship.

Example: Fred (different Fred than the previous example), Daphne, and Velma each own one-third Mystery Machine, Inc. They also each own 30% of Scooby Snacks, Inc., with Shaggy owning the remaining 10%. Since Fred, Daphne, and Velma own a combined total of 100% of Mystery Machine and 90% of Scooby Snacks, the two companies are related through a controlled group relationship.

Working with related companies presents a number of unique challenges and opportunities when it comes to retirement plans. If you are or think you might be related to another company, give us a call and we will be glad to work with you.

There aren’t quite as many twists and turns under the compensation test, but there are a few.

When we talk about compensation, we are generally referring to gross compensation reported on Form W-2 (including any pre-tax deferrals) for employees of a corporation and earned income for self-employed individuals, e.g. sole proprietors or partners in a partnership. Compensation does not include distributions to shareholders of an S corporation or passive income such as rents or royalties. We are working on a separate article that provides more details on different forms of compensation and will post it when it is ready.

The HCE and key determinations are based on amounts actually paid, not on payment rates.

Similar to the ownership test, we must look at amounts paid by all related companies to determine whether an individual has received compensation over the limit.

Example: Let’s go back to our friends, Fred, Daphne, Velma and Shaggy. However, let’s assume that the first three own 100% of both companies. Shaggy is not an owner but does work for both companies. For a given year, he receives actual gross compensation from Mystery Machine totaling $100,000 and from Scooby Snacks totaling $55,000. Since both companies are related, Shaggy’s pay from both must be combined for a total of $155,000 when determining whether he is an HCE and/or a key employee.

A plan sponsor has the option to include a special provision in its plan that limits the number of people who can be HCEs based on compensation to no more than 20% of its workforce. If the company has 40 employees, 10 of whom receive pay in excess of the HCE limit, adding the so-called Top Paid Group election would mean that only the 8 highest-paid employees (40 total x 20%) would be treated as HCEs. Of course, some adjustments to the employee count are needed before applying the 20% limitation, but this gives you the gist of how the rule works.

It’s not a foregone conclusion that the Top Paid Group election will yield more favorable results. If the lower-paid HCEs make significant contributions, then moving them into the NCHE category via this election generally helps the test. However, if some in that group defer little or nothing, it might make more sense to keep them as HCEs.

Importantly, this dynamic can change from one year to the next, so it is critical to keep an eye on the situation.

Last but not least, we have the officer test. Since HCE status does not consider whether or not someone is an officer, this test applies only to the determination of who is a key employee. There are two nuances to keep in mind.

Some organizations reserve officer titles like Vice President only for those with true “officerial” duties, while other companies are those titles a little more broadly. When determining who is a key employee, the rules look at those with actual duties that are normally performed by true company officers.

There you have it…far more than you ever wanted to know about highly compensated and key employees. If you still haven’t had enough, you can find additional information in Internal Revenue Code sections 414(q) and 416(i), respectively. 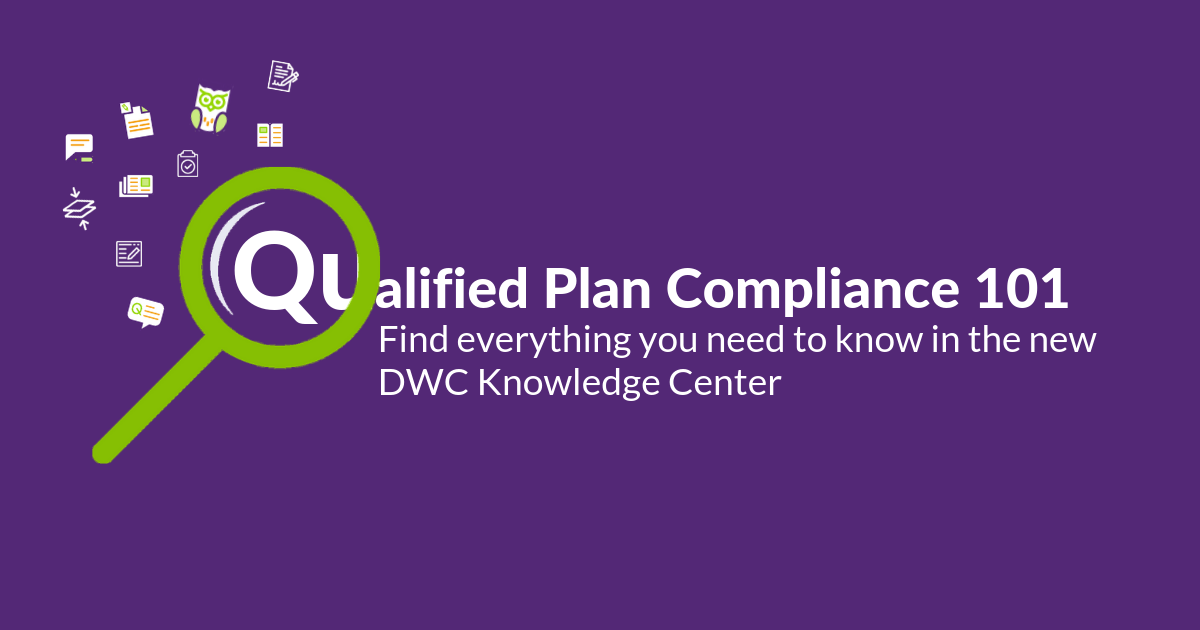